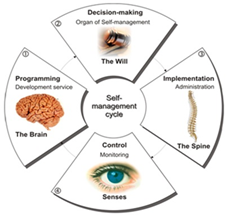 Dear Diemer’s, thank you very much for this gigantic work and collected ideas towards Global Peace strategy. I was one of firsts, who raised this idea in the scientific paper: (Paulauskas S. Towards  European Union Strategic Self-Management/ Management - Journal of Management. Lithuania business university of applied sciences, ISSN 1648-7974. Klaipeda, Lithuania. 2016, № 2(29). -P.51-56.).

I also made my contribution to latest Diem25 Global Peace collection, which gives some far approach to what it should be towards synthesis of next and final for the Global governance level – Global Union. Because Global parliament and international justice without Constitution and administrative Government this is only part of Democratic governance ring (see my article). Such collection of good wishes can ‘t work and will died before birth.

After the target model is designed and scientifically approved, its right time to assess the-state-of-the- art of Humanity: from and where we are comparing to set Global Union target. I described that overall Western World and European Union are in deep stagnation and moves to destruction in reason of stopped progressive innovation’s introduction. This is evident, because GDP growth has stagnated - decelerating growth character many decades. In opposition, alone China has active – accelerating growth GDP character thanks to widely opened door for progressive innovations. Western world don ‘t intent to open doors for innovation and tries to compete with China not by innovations, but by custom duties, negation and military confrontation. This way is nowhere. Stagnating societies disappears. Many of them prefer war against accelerating progress.

Diem25 declared in 2016, that „If Europe will be not democratised, EU will disappear till 2025 year”.  I can strongly confirm, that this provisions is correct till now in 2021 year. UK left EU, internal destruction becomes more and more evident in many parts of EU. The weakness of Diem25 is incorrect understanding of Democracy and Innovation. The destroying Western World is not able to spread good ideas and The Global Peace furthermore. The Peace is needed at first to spread innovations generated. Peace makers are acceleratingly developing countries. So, China is first country interested to spread his innovation and need the peace for that. 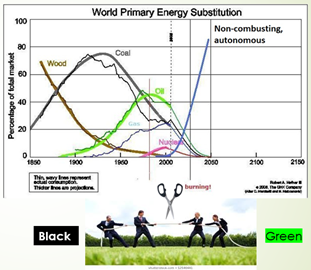 It is any secret, that Western “Democracies” are false, because political parties, hired by nonprogressive business, overtake power in each State and damaged operation of Democratic ring. No one Western State has independent Development service, responsible for innovations. Frequently not Constitutional Governing parties thanks to rich financial support keeps black business, stops progressive innovations, and keeps not developing states in stagnation. In EU we expect spreading party’s power pyramid with head in European Parliament, which replaces administrative governance system and successfully dismounting democratic governance. In EP very good seen, that all European parties are for keeping non progressive business and stop progressive innovations (France, Poland, Germany, etc.).

3.      The third target is recovering of Democracy by return political parties on “a barrel”, because societal organisations must make ideological impact to voters, but not govern States, to what they have not competences. Strategic Self-Management and full operation of democratic ring must be recovered in each level of Self-Governance from a Family till EU and Global Union.

European Union as greatest social project of all times primary had very positive Peace-making agenda in Europe and spread Peace area till 27 countries now. The Peace area enlarging strategy was very positive and grounded on attraction of countries, who wish to become member States by implementing progressive scope of homework’s, including democracy, equal rights, regional development, and innovation union, etc. Until 2014 year in the list of candidate States were many neighbouring countries. Biggest enemy now Russia was also previewed as pre-candidate State of EU.

But from Maidan in Ukraine EU enlargement met stone and cold war conditions recovering pushes EU in danger confrontation with former possible EU member States. What has happened? Very serious strategic failure was made in nonclear EU enlargement strategy. EU has not clear open strategy and settled indicators, when some country can become member of EU Peace are.

Democracy is governance on Law base. Lak of such EU law make troubles for attract many former USSR countries, Turkey, Belarus, etc. F.e., Belarusian people is not decided to which side to go to EU or to Russia, because EU do not give any clear scope of benefits for people of this country. So, the tension in the centre of Europe is increasing, what make very big danger for Peace and EU existence.

4.       EU parliament should legislate clear scope of requirements for take place of a State under EU Peace umbrella.

At this way European Union Peace area will connect to USA, Canada, South Korea, Japan, Ukraine, Russia, Belarus, Turkey, South-East Asia, China, African countries, etc. Strategic Self-Management will spread to each family and to each continent. Virtual Self-Government communication will give opportunity to communicate Worldwide by use online platforms and multilingual translators.